Question: How did you integrate technologies in this project?

Throughout the course of producing this entire project Me and my partner used technology in order to produce the magazine and receive feedback online from others while also sketching and planning out how we want our individual edition to look. Whether it be digital sketching or paper sketching or face to face interviews and over the phone interviews, I managed to well integrate different technologies in my project. One example is through the sketches. I would first normally draw the sketch on paper, scan it on my phone, then email it to my computer where all the heavy programs are. On my computer I would use various programs like ‘Paint.net’ and websites like Canva. Editing and small tuning took place there as well. Positively, we were provided with the computer lab at my school where almost every adobe product is built into the systems. This was great because as you may know adobe products are not cheap so having them for free at school was very beneficial. The program, though I learned it now, was too hard to navigate through so I used simpler things like paint.net and Canva. When home I used the same program “paint.net” because I already had it installed on my computer. I would then integrate that technology with the features that were limited to mobile devices. These two technologies working hand in hand allowed me to productively create my blogs as efficiently as possible.


Question Three: How did your production skills develop throughout this project?

Pixton Comic Q3  (That I created)

How does your product engage with audiences and how would it be distributed as a real media text?


From the start of the creation of my magazine, I thought about how my magazine could engage my audience and how it could entertain them. Due to this, I chose to create a Hip/Hop magazine with bits in high fashion because this is a broad subject that a lot of the youth at my high school can enjoy. The first time I engaged my audience was when we took a survey that asked about their preferences in a genre to what color combinations they thought looked the best. My audience even played the deciding factor in choosing the name that we would call the magazine being “GUAP Magazine.” Hip-hop and fashion were two of the most wanted genres according to my audience so I went with it. In my magazine, you can see that we talked about a lot of the things that high schoolers can relate to, like balancing your time with your passion, and the collection of clothing and accessories. I also made sure to incorporate a vast amount of slang that is not too ‘wild’ but in a way allows a reader to know what age group this magazine is targeted towards. And Lastly, with my artist’ s/model being a student in high school, it allows the audience to see someone whose situation is very similar to theirs.

In real media texts, my magazine would be distributed mainly digitally but also in print at specific locations that contain a substantial youth audience. Examples would be sneaker stores, indoor amusement parks, and things relating that include a considerable teen audience. Mainly though, I would promote the magazine online through social media because that would be an ideal place for my audience. Over time as more and more of my magazines are released, I would continue to use the youth as the foundation of the magazine and explore the hip-hop/rap industry from the perspective of the youth.

Question One: How do your product use or challenge conventions and how does it represent social groups or issues? 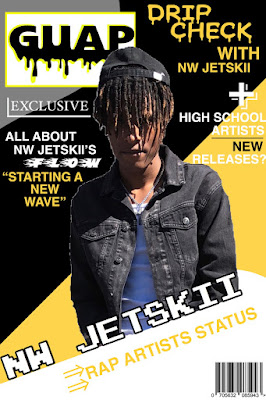 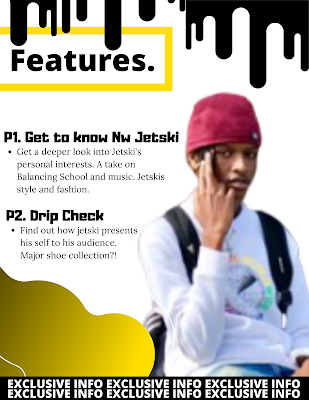 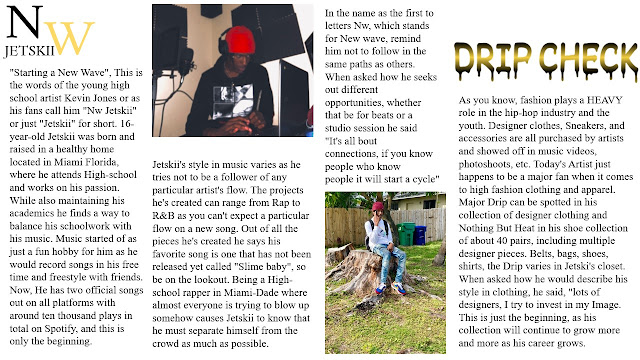 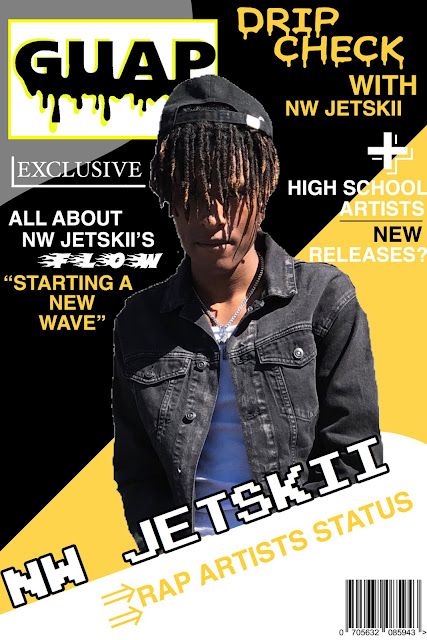 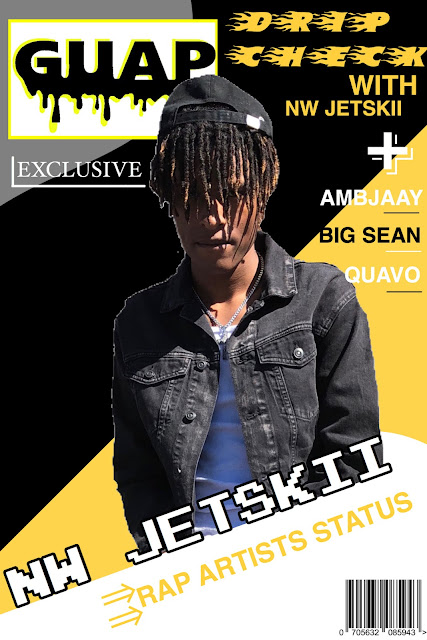 On the next blog post, I plan on adding some more stuff to the left side since it's open and bland.

Evaluation: Question #4 Question: How did you integrate technologies in this project? Throughout the course of producing this entire pro...